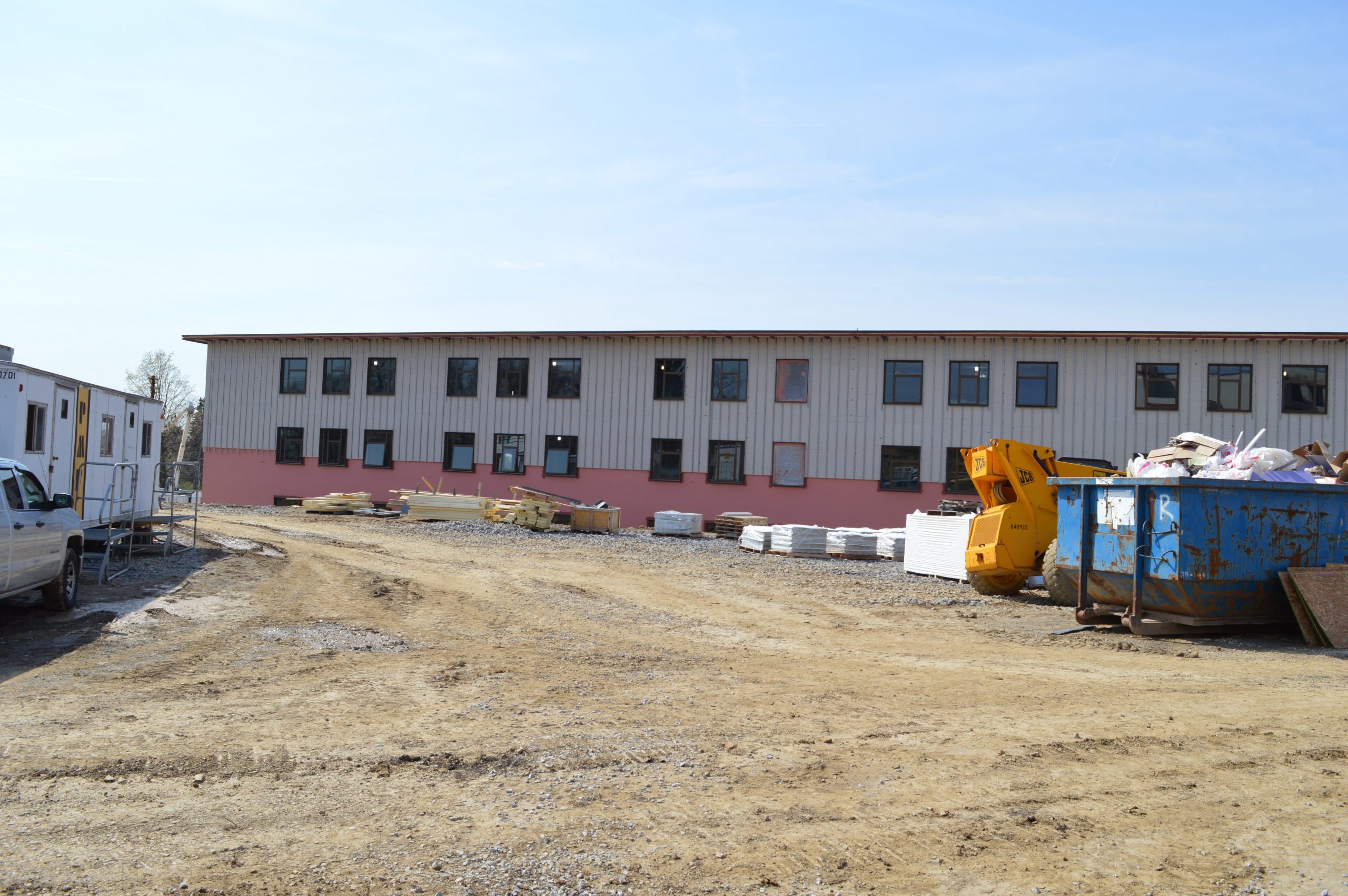 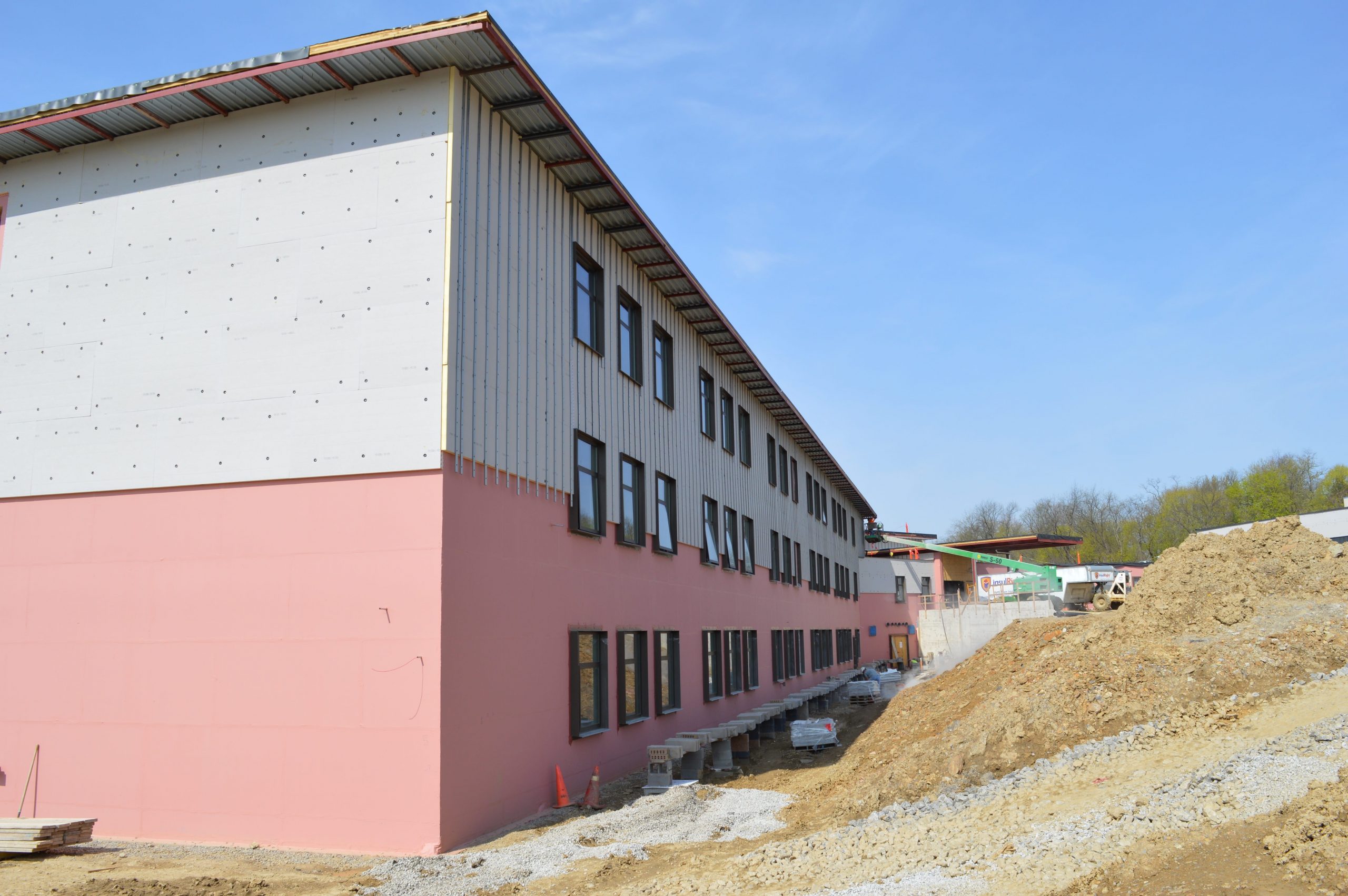 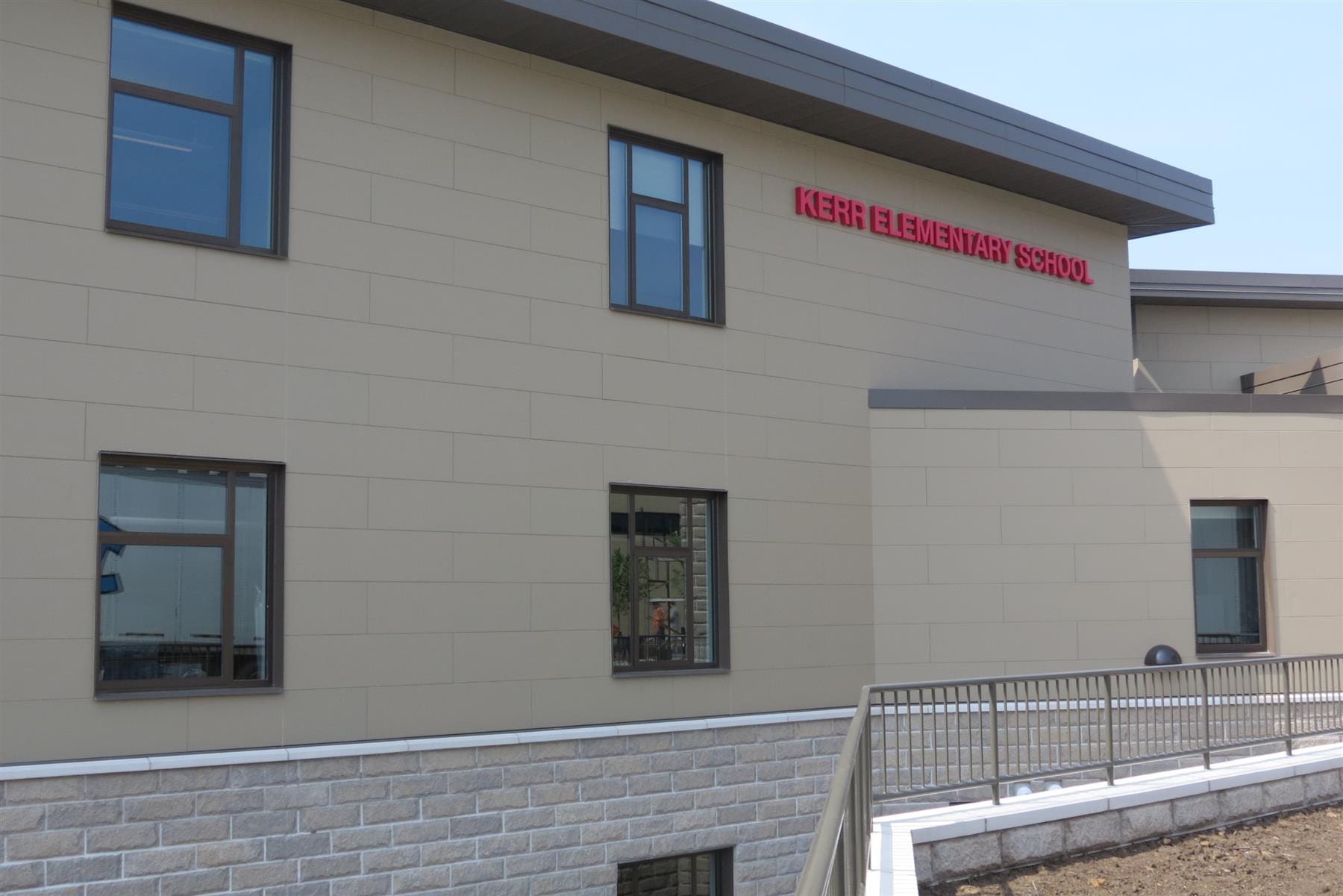 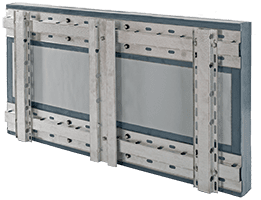 Students began the year in a brand-new building and two first-of-their-kind programs in the school. A full-day, five-day-a-week pre-kindergarten program is open to four-year-olds and aims to better prepare the youngsters for school by promoting positive approaches to learning, including a supportive classroom environment that will strengthen social, emotional and behavioral skills. And a new Spanish immersion pilot program, consisting of one classroom of 25 first graders, is thought to be first of its kind in Western Pennsylvania.

The building’s façade was outfitted with Knight Wall’s CI® System, which was integral to the new three-level building; the design incorporated Knight Wall as the rainscreen attachment system on both the main level and upper level of the building. The design utilized the vertical version of CI System, which was clad with Nichiha’s Architectural Block series of fiber cement panel in a running bond.

“The design team sought to maximize thermal efficiency and the Knight CI vertical girts assisted in achieving that goal,” said lead architect Dan Macek, AIA, LEED AP BD+C, Canzian & Johnston & Associates LLC.  “Because they easily installed over the three-inch-thick continuous insulation and into the metal stud backup, the building was quickly insulated during the colder months of the year, which greatly helped maintaining temperatures inside the building while heated with temporary heat sources.”

The inherent flexibility of the system allowed for cladding attachment at the building’s fenestration, according to Macek.

“The in-field installation was efficient, flawless and fast,” Macek said. “The preconstruction support facilitated a thorough understanding of the system’s capabilities, and that support continued during construction with the local Knight Wall Systems representative reaching out numerous times to make certain work proceeded smoothly. From start to finish, the use of Knight CI resulted in an energy efficient and aesthetically pleasing exterior façade.”