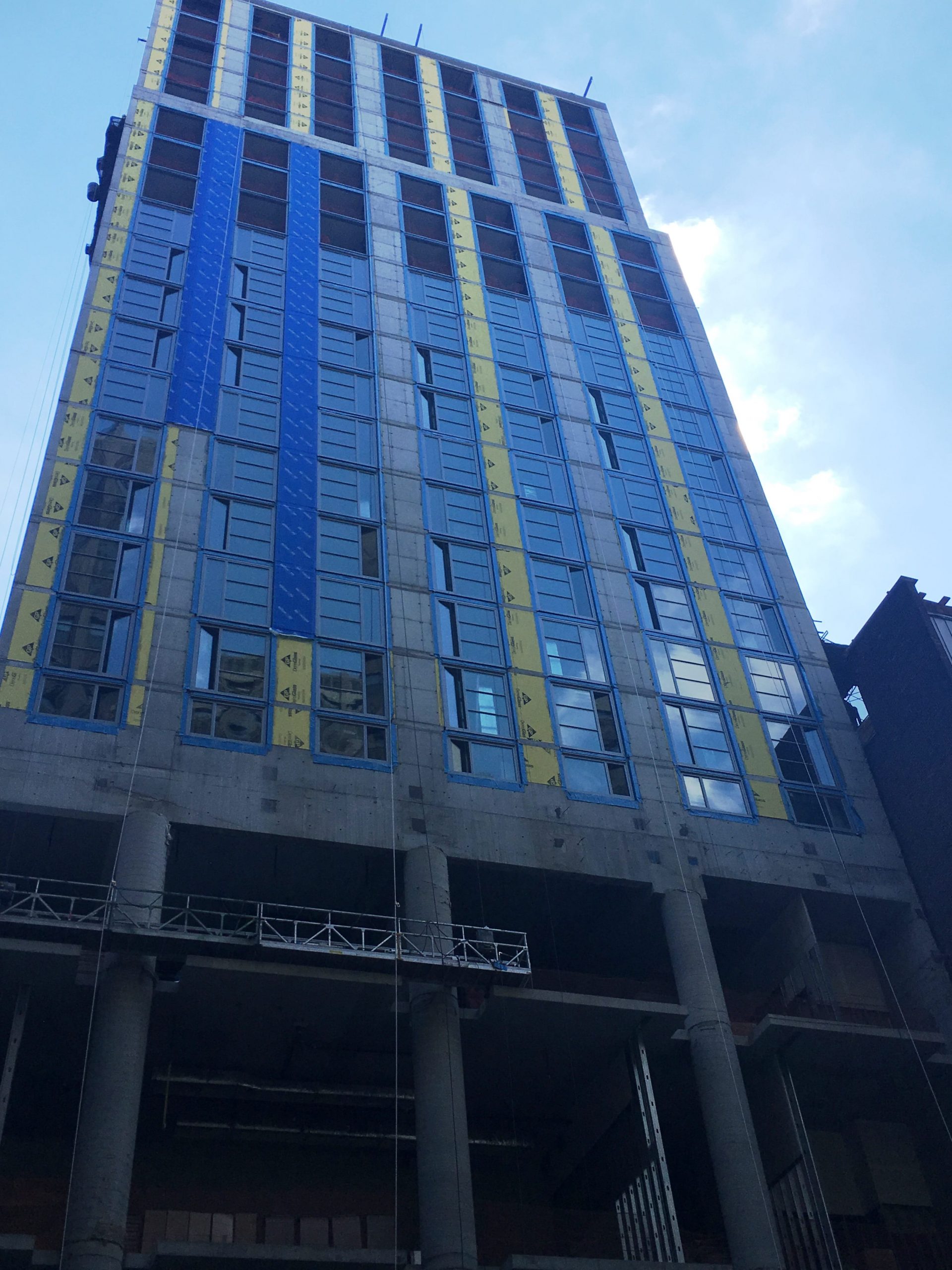 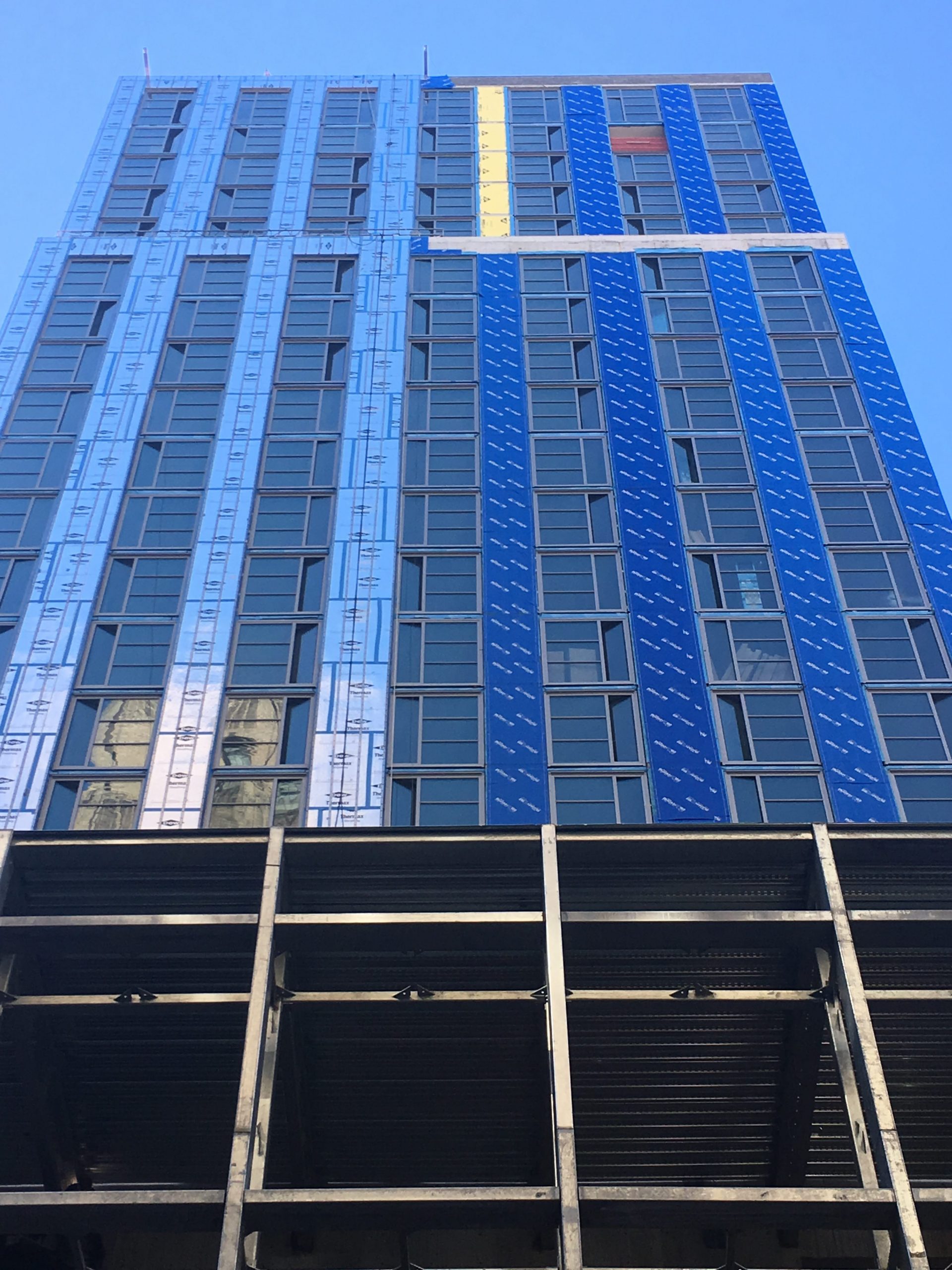 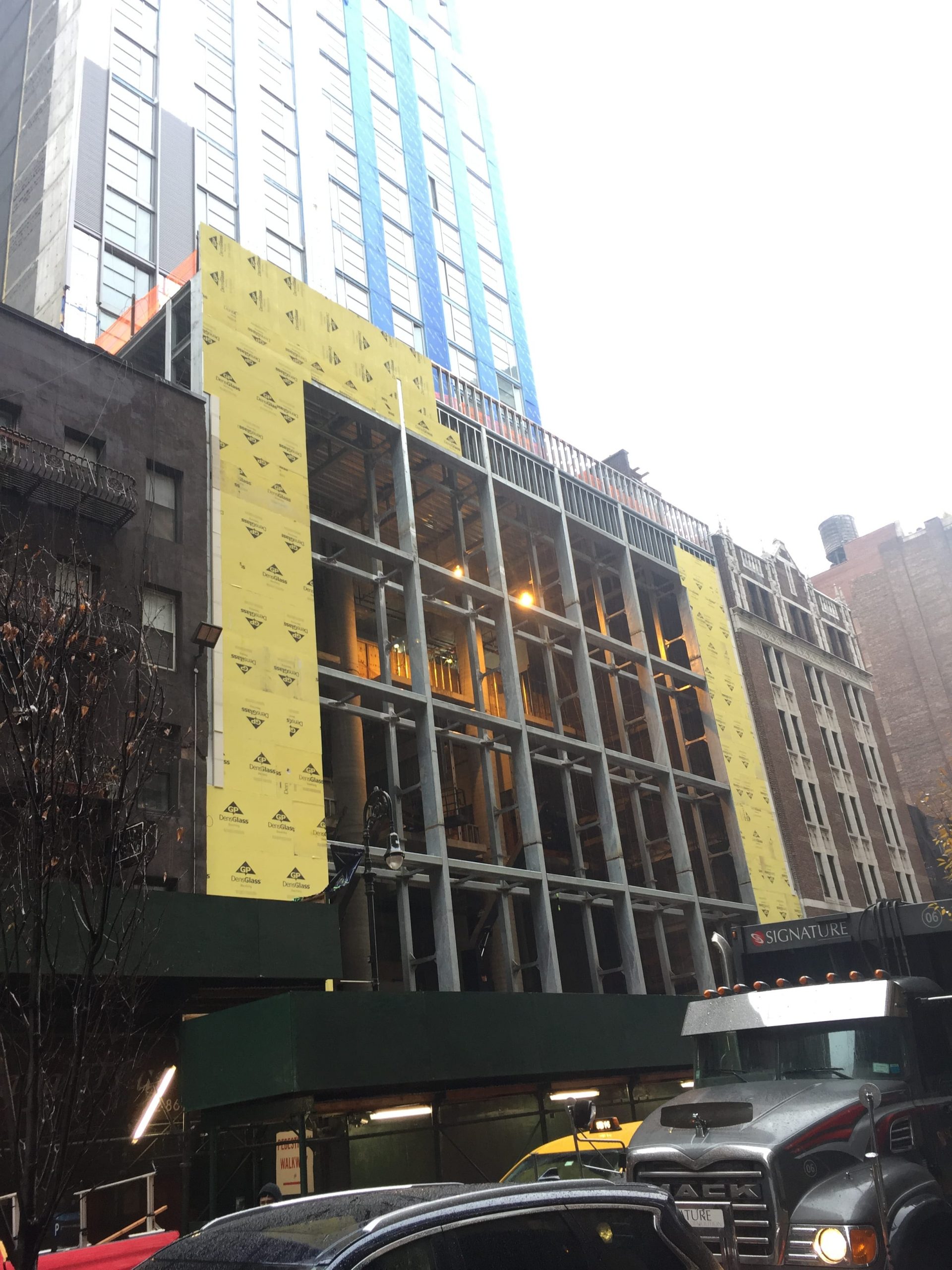 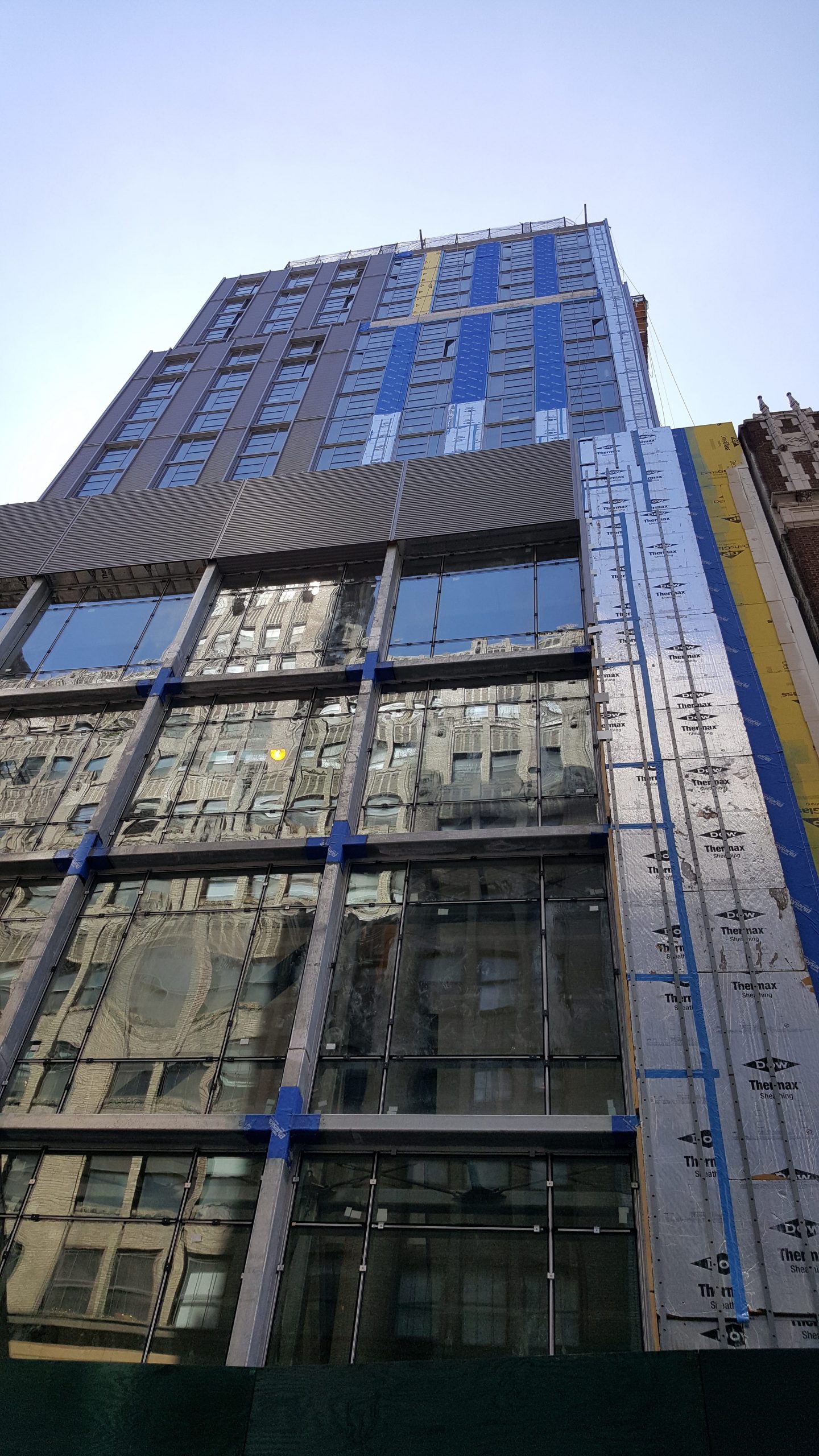 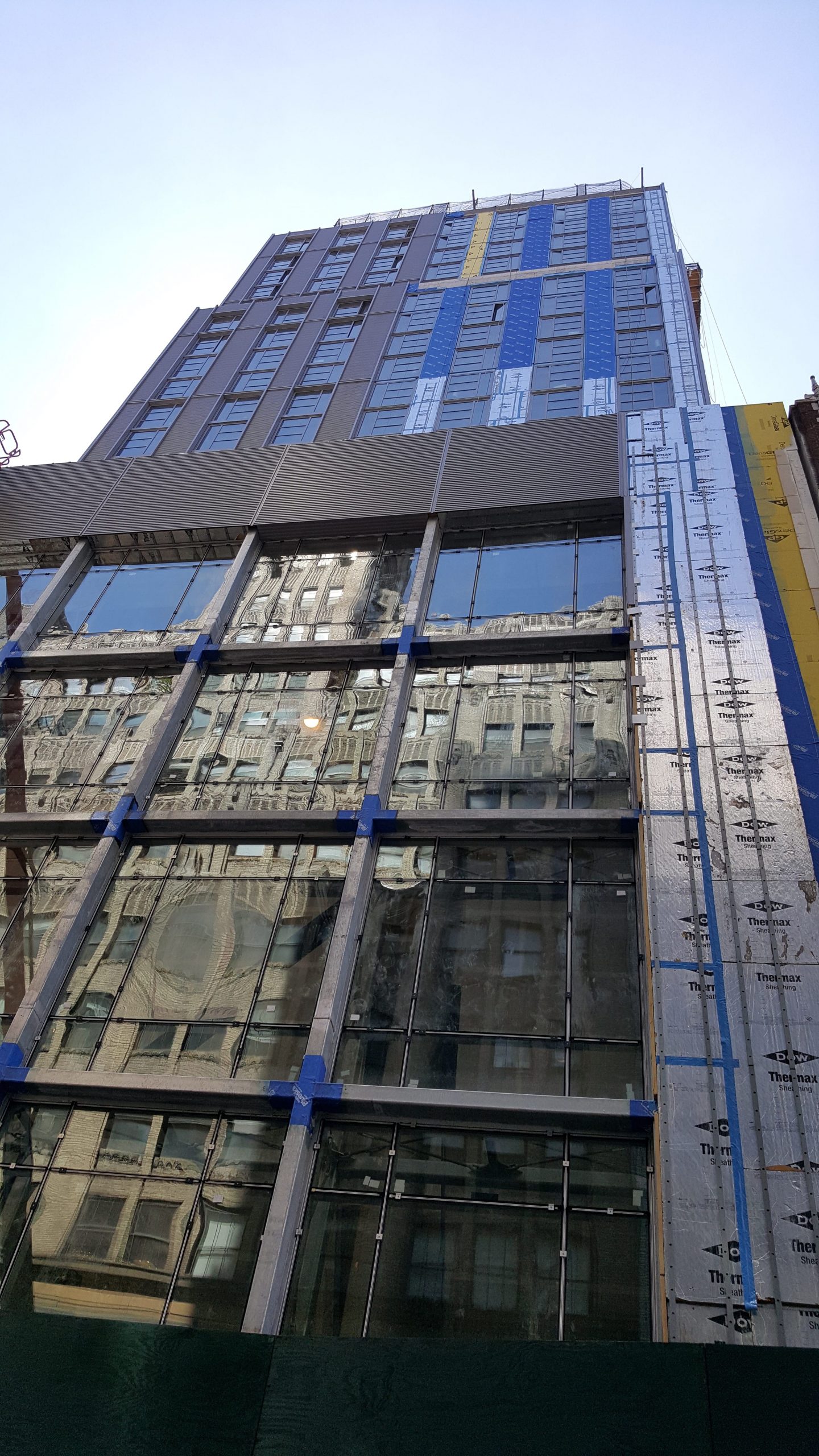 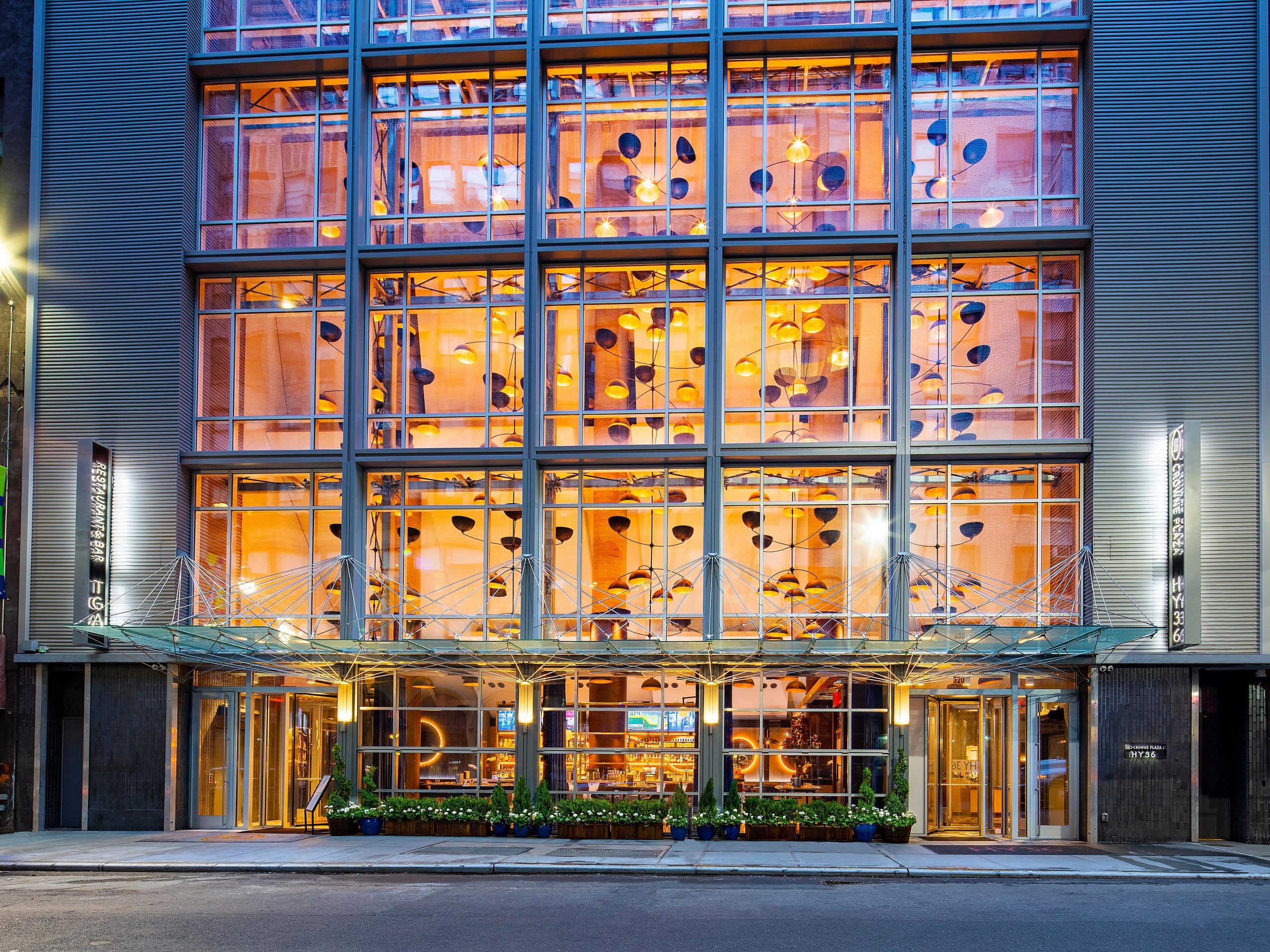 At the base of the tower, an eight-story, steel-and-glass atrium creates a dramatic entry experience. At the same time, it preserves towering street walls that are part of the architectural vernacular of the hotel’s location in the Garment District.

The atrium’s 80-foot-high glass façade is supported by large, galvanized steel trusses. The trusses are fully visible from the outside. Stonehill Taylor specified a galvanized finish for the trusses to complement the façade and create an industrial décor element inside. Additionally, the ceiling of the lobby is made from corrugated metal, in continuation of the architectural statement of the façade.